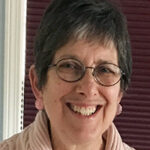 The Political and Legal Situation of Reproductive Rights Today

Legislators in many states as well as state and federal judges are weighing in on whether or not people will be able to access abortion care. And make no mistake about it, proposals to limit or block access to reproductive health care in many states reflect a specific Christian definition of the beginning of life, and limit the termination of pregnancy even in instances where — as Rabbi Plotkin has explained — Jewish law not only permits, but even requires it.

If you have been at all following the national news, you should be very aware of two cases that have been brought before the Supreme Court of the United States that can have a serious impact on access to abortion in many states and may indeed lead to overturning the 1973 Roe v. Wade decision. One critical case in the news is a challenge by abortion providers to a recent Texas law known as SB8. The other case is from Mississippi and is called Dobbs v. Jackson Women’s Health Organization. This Mississippi case directly challenges the precedent set by Roe v. Wade. No matter how some may try to spin it, there is no path for the Supreme Court to uphold Mississippi’s ban without overturning Roe v. Wade.

If Roe v. Wade is overturned, 28 STATES could ban abortion. 12 STATES have already enacted trigger bans that would automatically impose a total criminal ban on abortion if Roe is overturned. 9 STATES still have total criminal bans on abortion that were enacted before Roe. 4 STATES have amended their constitutions to make clear that they do not protect the right to abortion. In addition to these four states, three more states are in the process of considering similar constitutional language.

In addition, many states have what are called TRAP laws, which stands for Targeted Regulation of Abortion Providers. Abortion providers in the United States are legitimately subject to evidence-based regulations, such as state licensing requirements and federal workplace safety requirements. However, nearly half of states have imposed additional regulations, targeted specifically at abortion clinics, and these restrictions go beyond what is necessary to ensure patient safety. Most TRAP laws apply a state’s standards for ambulatory surgical centers to abortion clinics, even though surgical centers tend to provide riskier, more invasive procedures and use higher levels of sedation. In some cases, TRAP laws even extend to sites where only medication abortion is administered. TRAP regulations often include minimum measurements for room size and corridor width — requirements that may necessitate relocation or costly changes to a clinic’s physical layout and structure. Some regulations also mandate that clinicians performing abortions have admitting privileges at a local hospital, even though complications from abortion that require hospital admission are rare, so abortion providers are unlikely to meet minimum annual patient admissions that some hospitals require. Instead of improving patient care, these laws endanger patients by reducing the total number of abortion facilities that are able to stay open under these financial and administrative constraints, thus making safe services harder to obtain.

So what is the situation in Maryland? Maryland is one of only 21 states that protect the right to abortion. Maryland has had an affirmative right to abortion enshrined in state law since 1992. Maryland codified the Roe v. Wade ruling in 1992 by the Question 6 ballot referendum, meaning that if the Supreme Court overturns Roe v. Wade, the rights to provide and receive abortion care would remain legal in Maryland. This law states that “[T]he state may not interfere with the decision of a woman to terminate a pregnancy: (1) Before the fetus is viable; or (2) At any time during the woman’s pregnancy, if [t]he termination procedure is necessary to preserve the life or health of the woman; or . . . [t]he fetus is affected by a genetic defect or serious deformity or abnormality.”

It should be noted that in the state codification of Roe v. Wade, Maryland established the requirement for at least one parent or legal guardian to be notified before abortion care is provided to an unmarried patient under the age of 18. If no longer living with a parent or legal guardian, a mailed notification may be sent to the last known address. However, unlike the 36 other states that have enacted parental involvement laws, Maryland is the only state with physician bypass, without requiring judicial bypass, allowing a third-party mechanism for minors to access care through the professional judgement of the healthcare provider.

There are some restrictions in Maryland: According to Maryland Law, only a physician, including a doctor of osteopathy, licensed by the state to practice medicine in the state may perform a surgical or procedural abortion. But as of January 2020, through an official written opinion by the Maryland state Attorney General, advanced medical practitioners can provide medication abortion.

Another issue in Maryland is that the Maryland Refusal Clauses allow certain individuals or entities to refuse to provide abortion services as well as sterilization services and artificial insemination. And certain employers and/or insurers may require that their plans exclude coverage for contraception (religious reasons).

One problem in Maryland is that there are 21 abortion providers in the state, located in just 1/3 of the state, so 29% of Maryland women live in counties with no abortion clinic. Lack of access is a critical problem in more rural areas of Maryland. And of particular concern is the fact that there are approximately 50 so-called Crisis Pregnancy Centers — these are anti-abortion fake “clinics” — in Maryland. The purpose of these centers is to stop people from obtaining abortion care. They do this through false advertising, deception, scare tactics, and (in some cases) physically detaining people.

In terms of funding abortions: No federal law exists requiring health insurance plans to cover abortion care. In fact, the long-standing Hyde Amendment (1976) forbids the use of federal funds for abortions except in cases of rape, incest, or a threat to the pregnant individual’s life, meaning that Medicaid and many other insurance plans subsidized by the federal government (such as for military dependents) must exclude abortion from their lists of covered services. Thus, despite the vast expansion of healthcare coverage brought by the Affordable Care Act, abortion remains inaccessible to many due to the potentially high out-of-pocket costs. The good news in Maryland is that we are one of 16 states that use their own state Medicaid funds to cover abortion care in certain circumstances. In Maryland, adults under 138% of the poverty line are eligible to enroll in Medicaid.

To close, I need to mention that anti-abortion legislation is proposed every year in the Maryland General Assembly and so advocates for reproductive health, rights, and justice have to fight every year to defend access to abortion care. Among bills that were proposed just last year and thankfully defeated: Prohibit any type of public funding for abortion care, ban the right to abortion from the moment of fertilization, ban abortions in the case of a Downs Syndrome diagnosis, restrict access to medication abortion, and mandate ultrasounds and waiting periods.