I’m willing to admit that coming to Temple Isaiah was Stan’s idea and I fought him all the way! We had moved to Columbia four days before Rosh Hashanah in 1976. Because we were both raised as Conservative/Orthodox Jews, we made arrangements to attend the Conservative congregation for the High Holidays. Unfortunately, it just wasn’t a good fit for us. At that time, both Beth Shalom and Temple Isaiah were at The Meeting House. As we walked out of Room 100 after services, people were also leaving Temple Isaiah, which was in Room 200. Stan turned to me and said “They look like our kind of people. Maybe we should check them out.” My answer was “Reform — absolutely not!!” I had a bad experience at the Reform congregation in my home town and had no intention of ever attending that type of service. But Stan insisted and we went to a few services throughout the next year, which we both enjoyed. I actually felt more comfortable attending the TI version of the Reform service than I ever did at the Conservative and definitely the Orthodox services of my childhood. I started to take our daughter Laurel to the monthly Tot Shabbats led by Rabbi Steven Fuchs. She loved going and I looked forward to taking her. When I delivered our second daughter, Leslie, in June of 1978, we asked Rabbi Fuchs if he would name her. He agreed and that was the icing on the cake. That September, we joined TI and have been active members ever since. 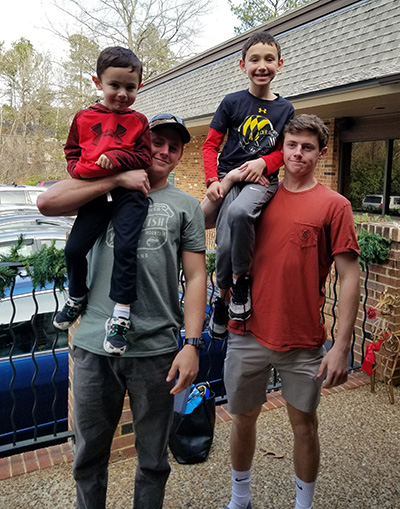 Our daughters grew up in the congregation. They attended religious school beginning at the Howard County Jewish Community School and finishing at the Temple Isaiah school. They both became b’not mitzvah on our bimah with Rabbi Mark Panoff and Cantor Richard Solomon officiating. They were Confirmed here, and Rabbi Panoff officiated at the marriage of Leslie and her husband Aaron Brodsky. Each of their sons, Jacob (9 1/2) and Jonah (6) had his brit milah at the Temple as well. The Brodskys joined the congregation last year, making us a three-generation TI family. The boys attend Kulanu and when they turn 13, they will hopefully join Rabbi Axler and Cantor Droller on the bimah as they each become a bar mitzvah. Leslie is a co-chair of one of our 50th Anniversary Celebration committees and Aaron currently sits on the Religious Practices Committee.

Our daughter Laurel Oliver and her husband Tim sometimes attend services when they visit from Buffalo and both girls keep in touch with many of the friends they made while in religious school. Nothing pleases Stan and I more than to walk into the Temple and seeing our children and grandchildren there, attending Kulanu or a Temple Isaiah activity. Our daughter Jodi and her husband Steve live in Virginia Beach, as does our grandson Mitchell and his wife, Amanda. Jodi and Steve’s son Zachary, live in Northern Virginia. 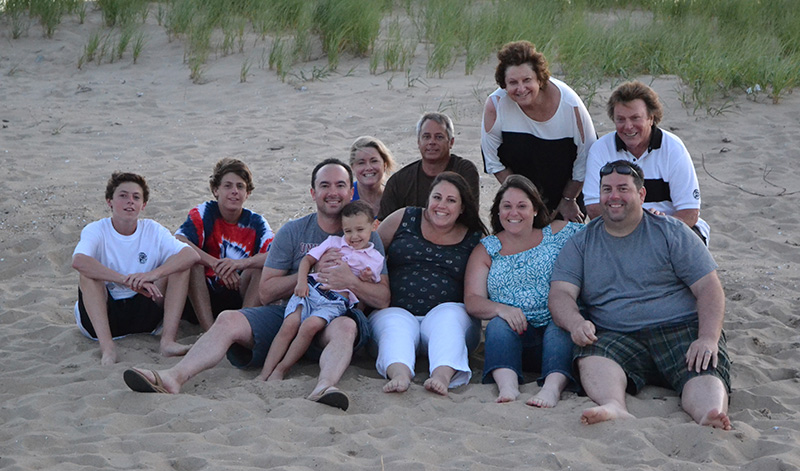 Being members of this wonderful congregation has been so fulfilling. Stan and I have learned so much by attending classes and Lunch & Learns, we have made lifetime friends by participating in all types of congregational activities, and we have had the privilege of walking into our beautiful building, knowing that we helped to build it; not only for us and our family, but for future generations to come. Our affiliation with Temple Isaiah has been a “win win” for us, our children, and grandchildren.

I, personally, have tried to give back by becoming involved in the life of the congregation. I have chaired numerous committees including the Care Committee and the 40th and 50th Anniversary Celebrations, have served on the Board of Trustees and volunteer at the Temple whenever possible. This is my way of teaching our children and grandchildren that they have an obligation to “pay it forward.”

Stan and I look forward to continuing our membership at Temple Isaiah, along with our family, for many many years to come. Who knows, we may eventually become a four-generation Temple family!

1 thought on “They Look Like Our Kind of People”